This barrel back chair is easily one of the more challenging jobs that has come though my shop. The client had 10 chairs and wanted 14 so my job was to make four to match exactly.

Why were they difficult?

When making furniture, majority of the pieces will be flat, square, and the equipment used- jointer, planer, table saw, even a hand plane produce flat, square, and parallel pieces. Nothing is square or parallel on these chairs. Everything is “cut from the solid” meaning no laminations or steam bending. The seat rails were not parallel to the floor-they were lower in the back of the chair. The crest rail(very top horizontal piece) is obviously curved and not parallel to the floor. The arms have a helical twist as they rise up to the crest rail. The splat(the part your back leans against) is curved to the shape of the seat. The curve of the crest rail and curve of the seat rails were not identical. Mortise and tenon joinery is used throughout the chair.  On top of it all, the carving and color had to match. I was pretty happy with the final result.

I did not take as many pictures as I probably should have but I have all the patterns and extra parts. 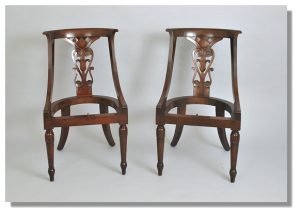 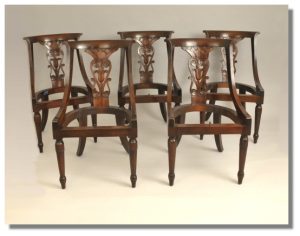 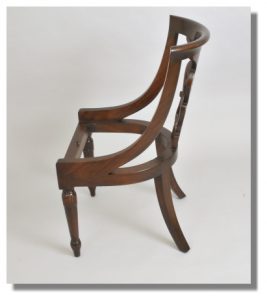 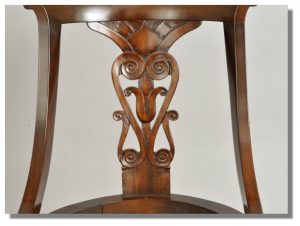